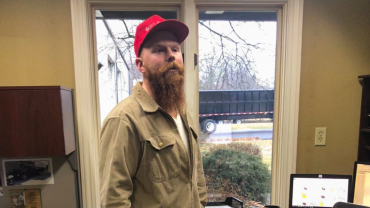 Let’s get to know him a little better…

Before my career at E-Pak I floated through a few different jobs. I worked some construction, operated a kettle corn stand on the side of the highway, made cardboard boxes, and even worked at Wal-Mart as Asset Protection for a few years—ask me about that sometime! I eventually came to the realization that I wanted to make something; I was looking for something I could create and be proud of. I bumped into a welding brochure from the career center offering night classes for adults. So, I quit my job of 3 years to work as a temp for a few months so I could take the evening classes.

Once I completed the classes I landed at E-Pak—the only place I could find willing to offer a greenhorn an opportunity at a first shift position. I began on ROC floors with Marion, Willy, and Wayne who showed me the ropes. I eventually was recruited to the other roll-off line where I worked with Dylan and Bob to make some of the most handsome containers E-Pak has ever seen! Then, a line lead position opened, and I was eager to take on the added responsibility. After a few months in that role, E-Pak had a few engineers depart in a short window and I found myself staring at sign-up sheet for an engineering position. I hesitated to sign up, as I lacked most of the skills that the job would normally require, but it was a pivotal point in my career, and I often think back to where I would be if I had left my name off that sheet. I got the job and began training by helping detail drawings and design some containers. This transformed into a special projects position and allowed me to assist in ways that would not have been possible had I been weighed down with the demands of production. This flexible schedule allowed me to also begin serving as the Safety Coordinator. After learning our systems and doing my best to help make the most out of them, and helping communicate safety plans and policies, I was offered the position of Production Manager—which was humbling. I am so excited to be back on the frontlines working directly with the teams of people that keep the lights on.

I’ve often told people during orientation that E-Pak is The American Dream. What I mean by that is E-Pak has afforded myself, and many others, opportunities beyond what our resume shows and with that I have made a concerted effort to operate with the values outlined in I-FACTS, which is not always easy! This has helped me form relationships and achieve goals in everything that I do and I’m thankful to work for a company that encourages these values. 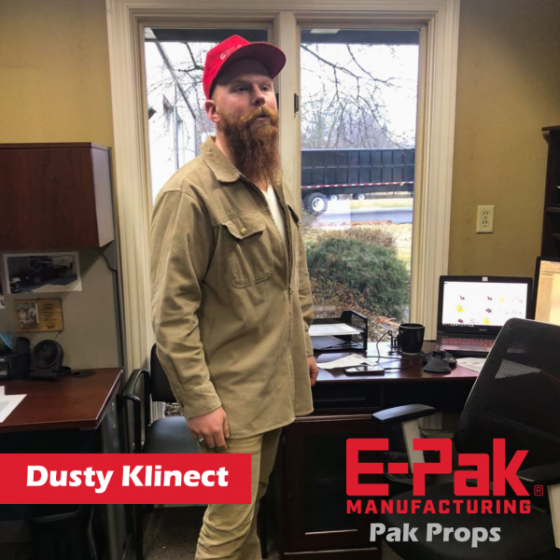